History of Glass in Toledo

Historical information & photos written and provided by Barbara Floyd, Author of The Glass City: Toledo and The Industry That Built It. 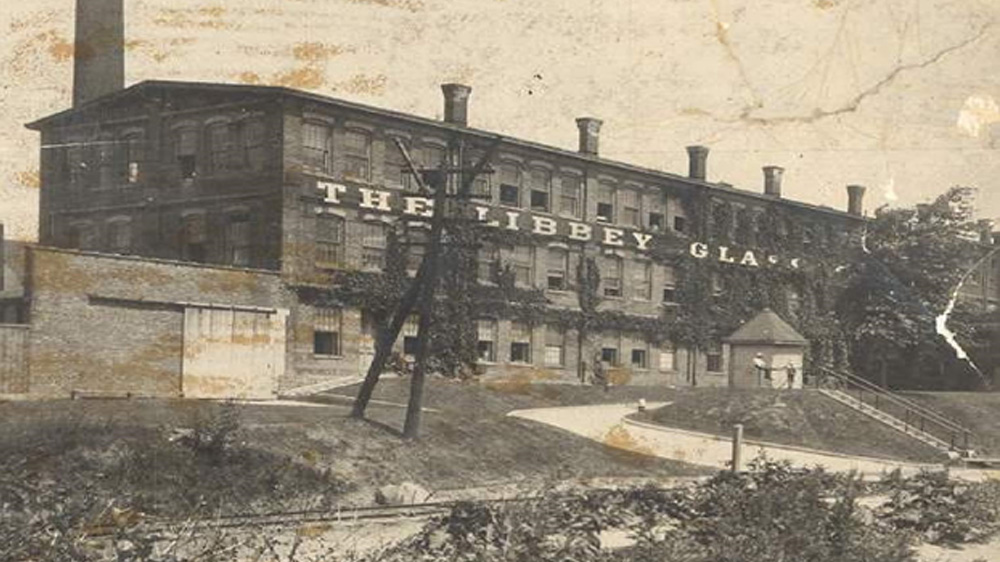 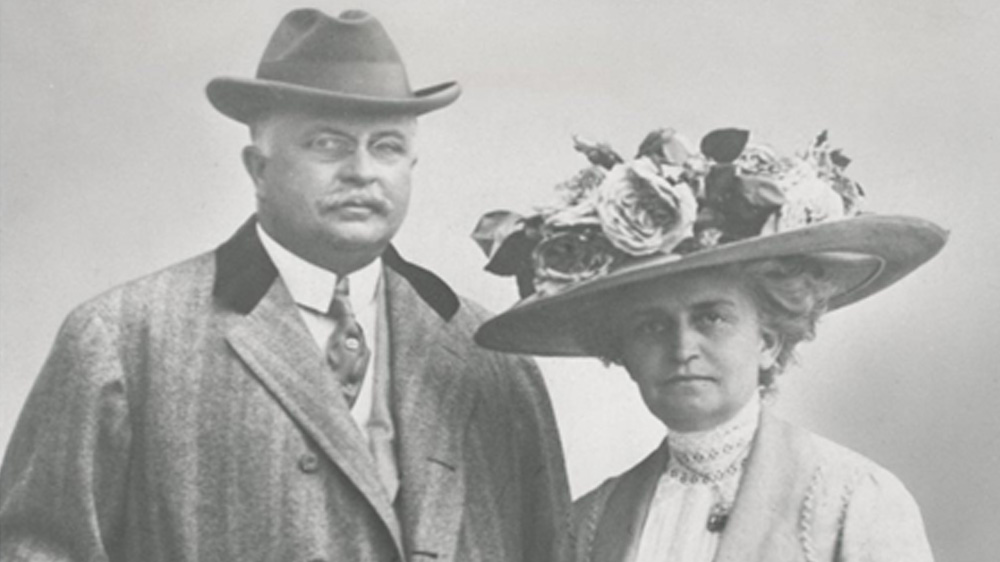 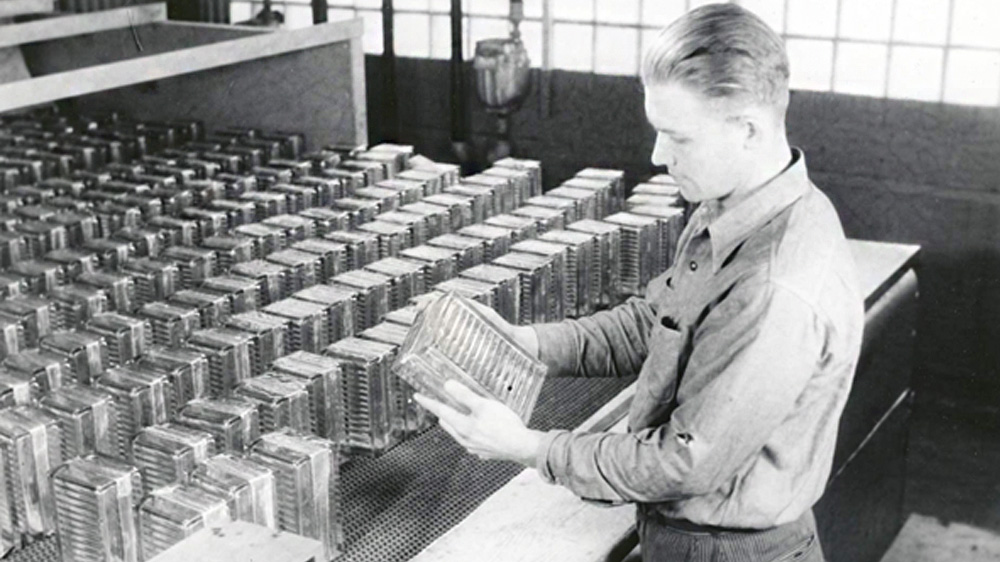 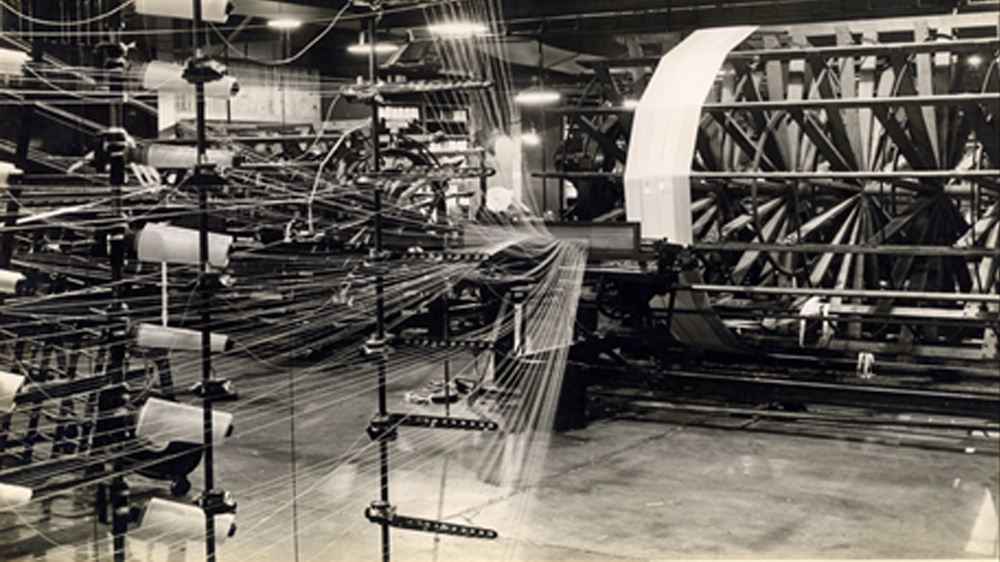 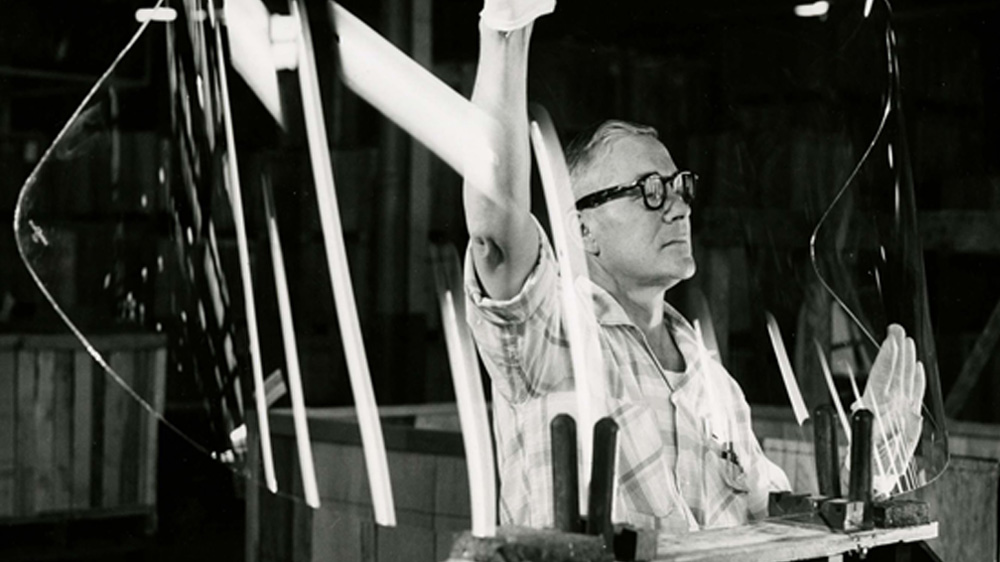 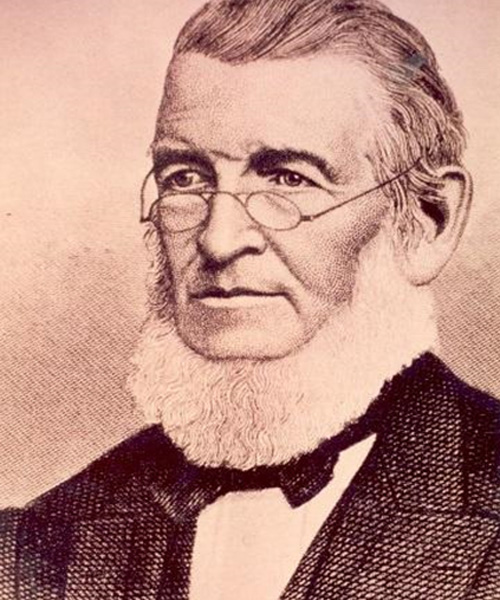 Jesup W. Scott, author of “The Future Great City of the World.” 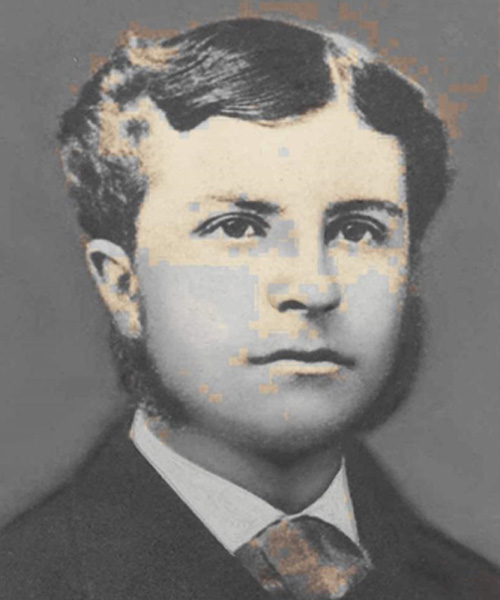 A young Edward Drummond Libbey, who decided to move his father’s New England Glass Company to Toledo in 1888.

The story of how Toledo became the “Glass Capital of the World” began in 1868, when Jesup W. Scott, who owned much of the land that became downtown Toledo, published an article titled “The Future Great City of the World.”  Scott looked at the geography of the United States and determined that the biggest city in the world by the beginning of the 20th century was going to be Toledo, Ohio. Scott’s vision influenced Toledo’s founding fathers who, from that moment on, believed the city was destined for greatness.

To attract industry, city fathers influenced by Scott’s vision sought a cheap energy source like natural gas, which had been found in areas surrounding Toledo. On September 7, 1887, to celebrate the completion of a gas pipeline that would serve as a lifeline to new economic development, Toledo held a gas celebration. That evening, they opened up all the new natural gas stand pipes around the city and lit them, and the fires could be seen for miles—a clear signal of Toledo’s bright future. Promoters from the Toledo Business Men’s Committee began to advertise in newspapers around the country to attract companies that could make use of cheap natural gas.

Cheap and plentiful fuel was a requirement for glass manufacturing, as Edward Drummond Libbey knew all too well. When his father died in Cambridge, Massachusetts, in 1873, he took over his company, the New England Glass Company. But the old glass companies of the east coast were competing in the 1880s with newer manufacturers in places like Pennsylvania and West Virginia located close to the coal mines that provided fuel to their factories. Coal was expensive to ship to New England. The Libbeys also faced high labor costs from unionized, skilled tradesmen who were among the highest paid workers in the country.

With little hope for success in Massachusetts, Toledo offered Libbey money and land for a glass factory and worker housing. In 1888 Libbey brought his company, machinery, and workers by train to the city. Libbey’s arrival was a cause for celebration. All seemed set for this new venture, and for Toledo’s destiny of greatness to begin.

Unfortunately, the first year did not go well. The promised cheap natural gas was more expensive than Libbey was led to believe. The glass batch formulas that had worked in Massachusetts to make brilliant-colored glass did not work.  Many of the skilled workers were not happy living in Toledo and returned to Boston.

To replace his workers, Libbey went to West Virginia and recruited Michael Owens, a man who had been working in the glass factories since he was ten years old. Owens became supervisor at Libbey’s Toledo factory. Owens was also placed in charge of an extremely risky $250,000 endeavor that Libbey had undertaken in an effort to build a national brand for his company—a working glass furnace at the World’s Columbian Exposition in Chicago. While the Libbey Pavilion at the fair seemed foolish to many of Libbey’s investors, it became a great success and earned Libbey a profit of over $100,000—money that Libbey could now plow back into automating his Toledo factory. 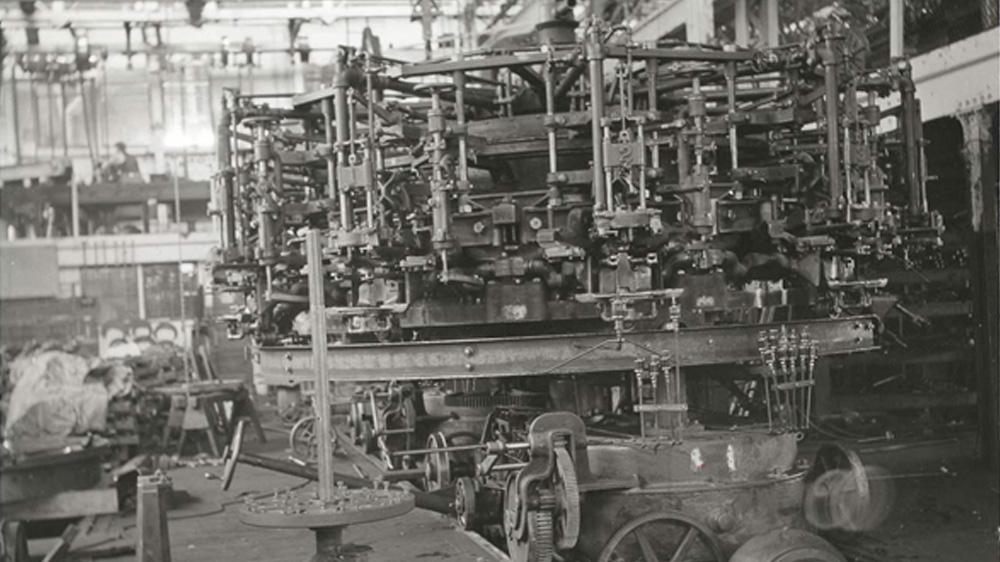 The Owens Bottle Machine was a complex piece of technology, but it changed the glass industry. 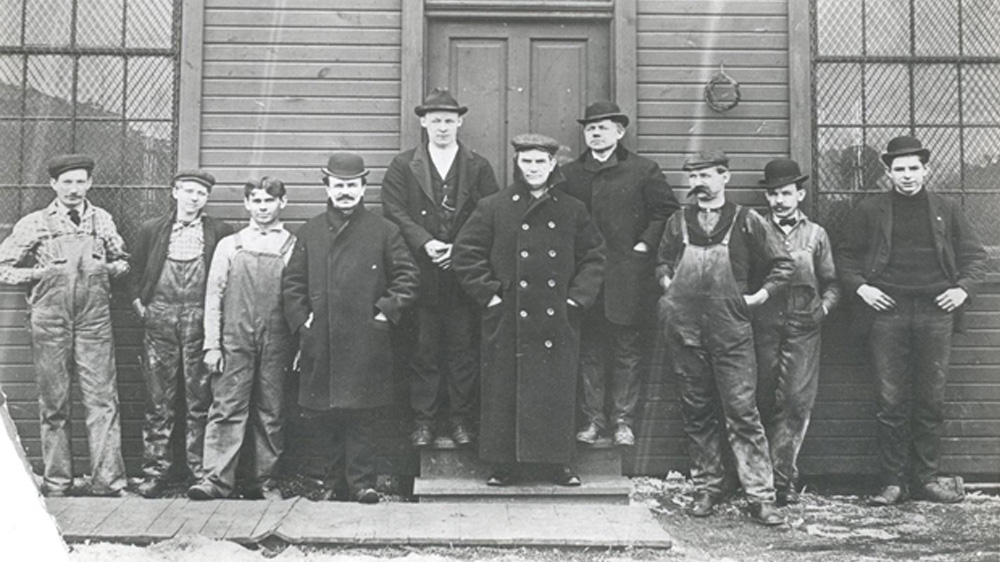 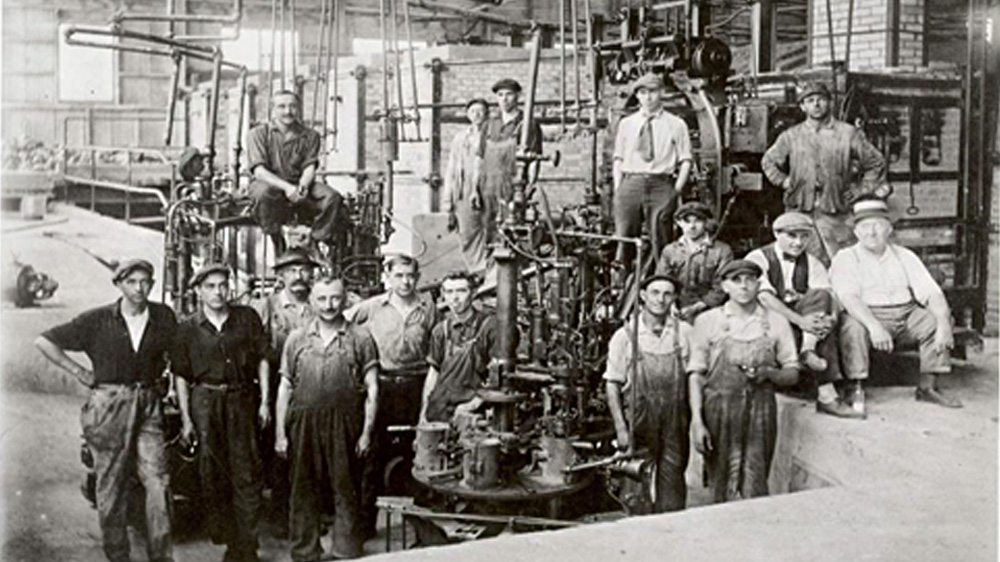 Michael Owens lacked much formal education, but he knew glass technology. At the time, each glass bottle was made by hand, and the process had changed little since ancient times. The blower would gather molten glass from a furnace with a blowpipe, and children working in the factory would hold a mold around the hot glass while the blower made the bottle. Other children, derided as “blowers’ dogs,” would finish the bottle. Working 10-hour shifts, a shop could produce about 300 bottles a day. The children were from poor families or orphans, and they were often physically and verbally abused. The glass bottle industry was the largest employer of child labor of any industry in the country at the turn of the century, with children making up 24 percent of the workforce.

Owens began to experiment with automating bottle production. The first successful prototype was produced in 1894. It had six arms and worked much like a person blowing a glass bottle—molten glass was sucked up into a bottle mold, and then a blast of air forced it down into the mold to make a hollow bottle. The machine did not require a skilled blower to operate.

The Owens Bottle Machine was patented in 1903. It was described as the most important improvement in glass manufacturing in over 2000 years, and it became the industry standard. The machine dramatically reduced the cost of bottle production and it cut in half the workforce of skilled bottle blowers. Within ten years, the Owens Bottle Machine was making bottles in England, France, Germany, Holland, Austria, Sweden, Norway, and Hungary. And by 1919 the number of children employed in the glass industry was reduced to less than 2 percent.

In 1912, Libbey purchased the patents at a bankruptcy auction for a process to continuously make flat glass by rolling molten glass between a series of rollers, similar to the way paper was made.  Irving Colburn, the inventor, was never able to perfect the machine.  Prior to Colburn’s invention, flat glass was produced by either blowing a large cylinder and then splitting and flattening it, or by pouring molten glass onto molds, and then polishing and sanding it. The latter method was used in Edward Ford’s factory in Rossford, Ohio, just south of Toledo.

Owens was interested in the Colburn process because of the demand for glass by the new automotive industry, which had to be distortion-free. Libbey invested almost $1 million to perfect the process, and a company, the Libbey-Owens Sheet Glass Company, was formed.

A new plant on the east side of Toledo was built to laminate automobile glass so that it would not shatter in a crash. Early automobiles did not have safety glass in windshields, and Owens was convinced that this had to become the industry standard.

Owens died in 1923 after suffering a heart attack. In 1930, a company formed from the merger of the Libbey-Owens Sheet Glass Company and the Ford Plate Glass Company of Rossford—which would be called Libbey-Owens-Ford for over 70 years—won the exclusive contract to supply all window glass for automobiles made by General Motors. In 1934, GM made safety glass the standard for automobile windows on cars it sold. 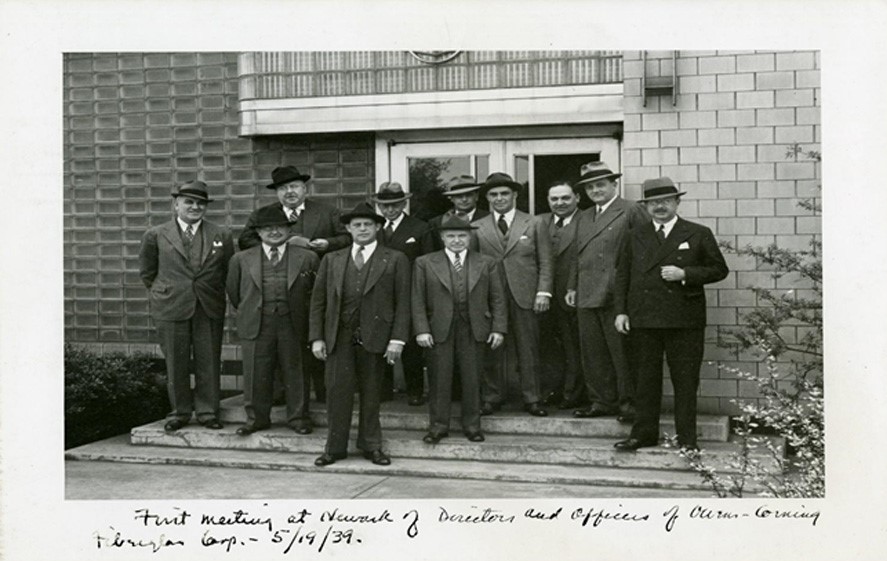 The first meeting of the Board of Directors of Owens-Corning Fiberglas, 1939..

The production of Fiberglas. 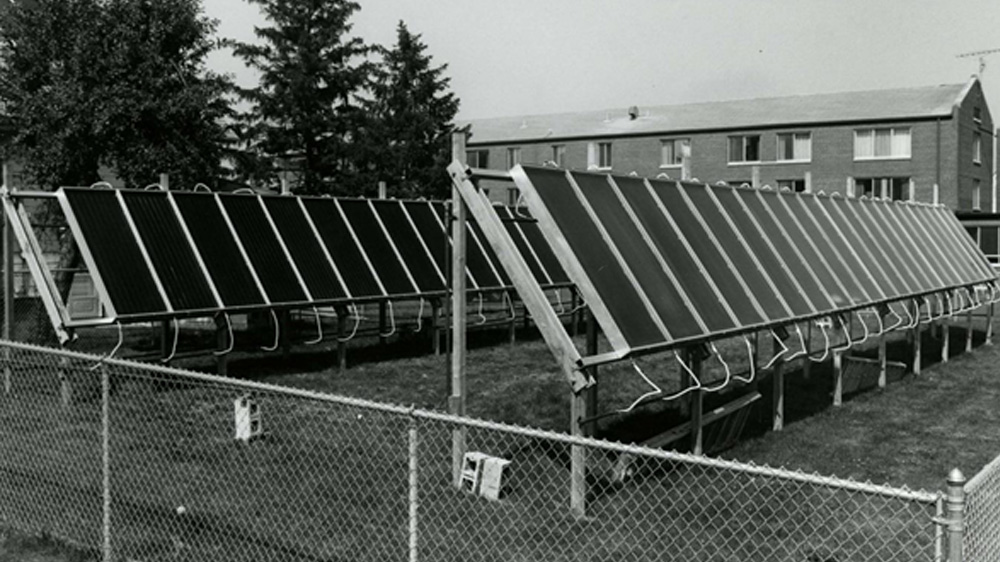 An early solar collector installed at the University of Toledo.

Dr. Games Slayter and John Thomas and scientists from Corning Glass of New York began experimenting with fibers at a new technology facility in Newark, Ohio, and in 1937, they came up with a production method. By this time, O-I and Corning Glass had invested millions in fiberglass and had little to show. In 1938, Levis spun off this new venture as a separate company with Harold Boeschenstein, a friend from Illinois, as head of the new company, called Owens-Corning Fiberglas.

Today, Fiberglas is used in thousands of products. But when the company was founded, there was only one, a filter called Dust-Stop used in forced air furnaces. After some experimenting, Owens-Corning began to use the metal sheets that were left over after bottle caps were punched out as the screens to hold the filters’ Fiberglas mats. Owens-Corning also developed fiber glass insulation which was heavily used by the military in World War II.

After the war, the company began manufacturing other types of consumer goods, and the impact of Fiberglas has been immense. In the housing boom of the 1950s, Owens-Corning worked with the Federal Housing Administration to improve insulation in new home construction, designing a house that could be heated and cooled for $10 per month. The insulation that Owens-Corning sold made living in previously uninhabitable places like Texas, New Mexico, and Southern California, possible. The company continued to improve its insulation, and in 1956 added red dye to the binder formula to differentiate the new formula.  That changed the color of the insulation to its distinctive pink. The insulation and fire-resistant characteristics led Fiberglas to be added to other products, creating a new industry of composite materials. In 1953, Fiberglas was used to make the body of a brand-new sports car called the Corvette.

In 1967, the Apollo space mission was inaugurated with the goal of landing a man on the moon. But a test command module where astronauts Virgil Grissom, Edward White, and Roger Chaffee were practicing caught fire and was consumed by flames before they could open the escape hatch. Some feared the tragedy would end the country’s effort to go to the moon. Congress decided that all fabrics in space capsules should be made of flame-resistant materials. Beta cloth, a fabric made of woven Fiberglas coated in Teflon, was selected to make the spacesuits of the men who would walk on the moon. Fiberglas-coated fabrics have also been used to cover sports venues as well as the airport near Mecca in Saudi Arabia. Fiberglas was also used in the 1970s to insulate the Alaskan oil pipeline, the largest insulation project ever at the time of its construction.

Toledo glass was also instrumental in the development of the solar energy industry. As early as the 1960s, Libbey-Owens-Ford and Owens-Illinois began to experiment in making solar collectors. Neither company saw much success with this new product line, but one of L-O-F’s engineers, Harold McMaster, went on to become a pioneer in the solar panel industry. His company, Solar Cells, Inc., became First Solar, one of the largest makers of solar panels today. 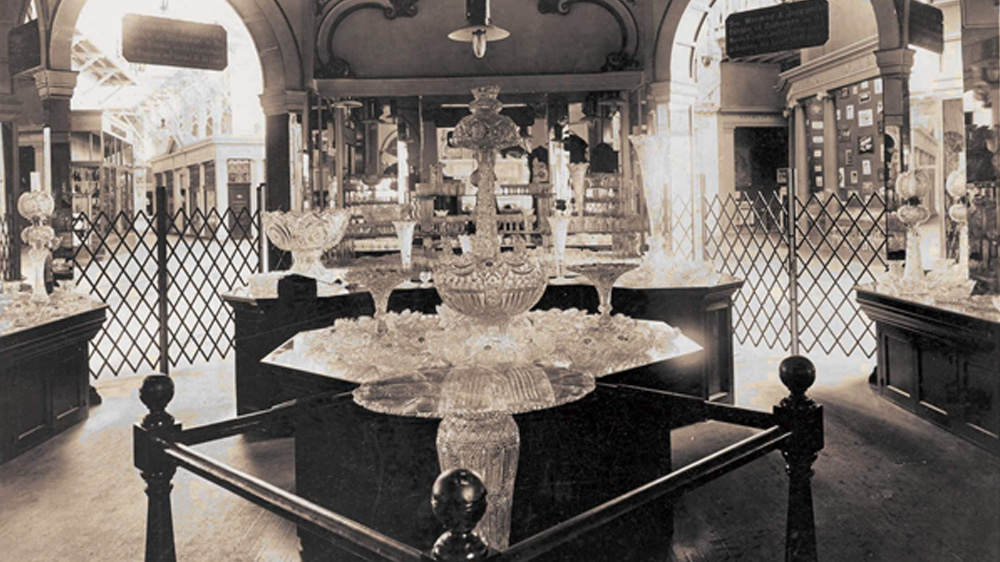 Brilliant cut glass on display at the 1904 St. Louis World’s Fair. Much of this glass is displayed in the Toledo Museum of Art’s Glass Pavilion. 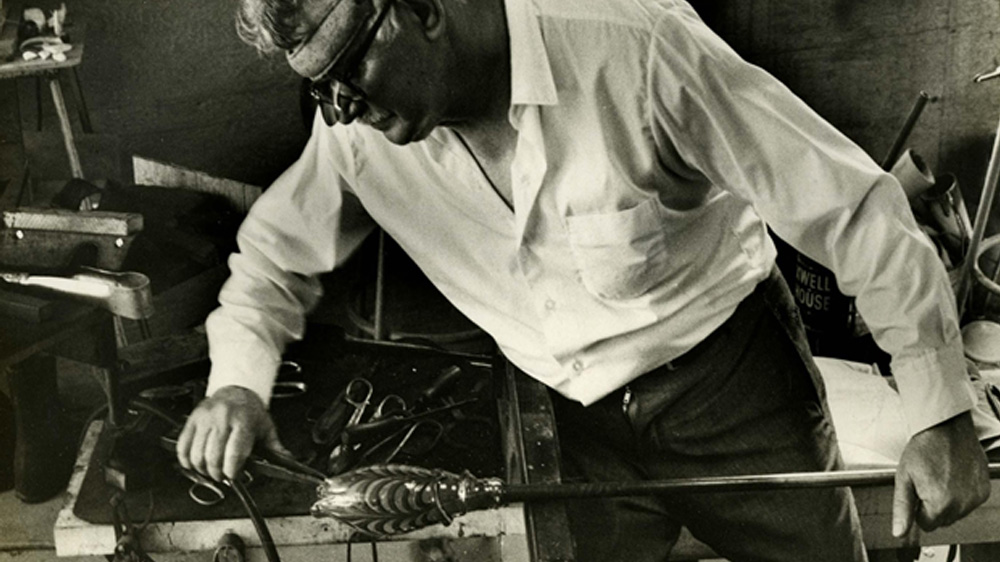 The Toledo Museum of Art

The profits of the Libbey Glass Company made possible one of the country’s most important cultural institutions. On April 18, 1901, Edward Drummond Libbey and a group of Toledo artists created the Toledo Museum of Art.  Libbey spent the rest of his life traveling the world with his wife, Florence Scott Libbey, granddaughter of Jesup W. Scott, purchasing items for the museum. When he died, a large share of his fortune was given to the museum as a permanent endowment that has provided for free admission ever since.

Libbey bought glass for the museum’s collection, and in 1951, Owens-Illinois donated a collection of brilliant cut and etched glass that had been produced by the company, including many items that had been displayed at the 1904 St. Louis World’s Fair. Many of those pieces are on display today in the Glass Pavilion of the Toledo Museum of Art.

In 1962, Harvey Littleton, a ceramics artist, was invited to come to Toledo to experiment in making glass art. He teamed with Dominick Labino, a Toledo glass engineer, to make a small furnace at the museum that could be used by glass artists rather than a large industrial furnace. Thus began the Studio Glass Movement. The techniques developed by Littleton and Labino are still used by glass artists to create desirable and collectable art. 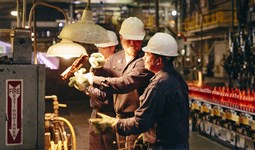 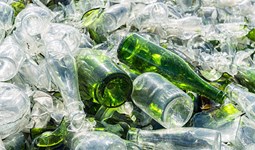 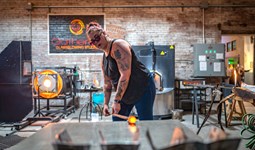