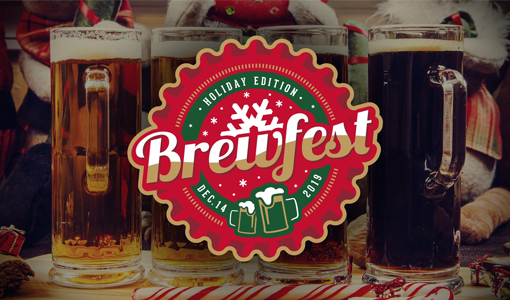 Grab your friends and pretzel necklaces. Winter Brewfest, the coolest outdoor event of the season, is back for its sixth year at Fifth Third Field AND this year we are ringing in the holiday cheer!

Lexus of Toledo, IBEW Local 245, and 104.7 WIOT are proud to bring you this premiere outdoor event on Saturday, December 14, 2019. Winter Brewfest will showcase pours from more than 50 breweries from around the country.

Fifth Third Field’s unique setting adds an element of fun for beer beginners and enthusiasts to sample the liquid offerings from the more than 250 craft beers and ciders. Rounding out the Winter Brewfest experience is music, food and a souvenir sample cup.

Make sure to join the Winter Brewfest Facebook event page to stay up-to-date with new information including brewery and beer releases.