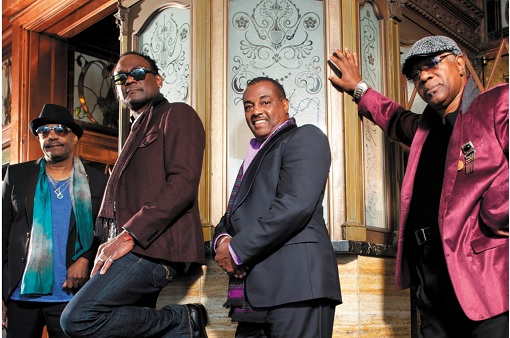 We gon’ celebrate and have a good time with Kool & The Gang at Promenade Park!
Promenade Park comes alive as we celebrate on Downtown Toledo's riverfront with the ProMedica Summer Concert Series. An all ages show that encourages groups and families to come together to enjoy the sights and sounds of the park. Including a handpicked selection of food vendors and treats from our community restaurants. A perfect way to spend a summer evening outdoors.
Details and Tickets On Sale Now at PromenadeConcerts.com

Kool & The Gang have influenced generations of music beginning in 1969 with the release of their self-titled album, Kool & The Gang. Their one-of-a-kind sound pulls from R&B, Jazz, Soul, Pop, Funk and Disco. They’ve always been DJ’s favorite with iconic party anthems like “Celebration” and “Get Down On It” and are known to pack the dancefloor. They have earned two Grammy Awards, seven American Music Awards, 25 top ten R&B hits, nine Top Ten Pop Hits and 31 gold and platinum albums. Their sound will certainly be recognizable to the younger fans as they are known globally to be the most sampled band in hip-hop.

This is a cashless event.