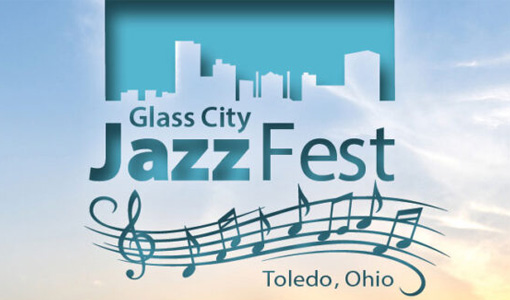 Enjoy this free family-friendly event including a full day of jazz performances along the riverfront in Toledo!

Organized by the Great Lakes Jazz Society and hosted by the H-Factor Jazz Show (a 24/7 online jazz radio station, based in Toledo), the Glass City Jazz Fest will provide an open air, family-friendly event for visitors to remember the rich heritage of jazz in Toledo. The Glass City Jazz Fest’s goal is to grow from a one-day festival into an annual weekend festival that will attract a good mix of multicultural and multi-generational jazz lovers from across the region and beyond. To help discover and encourage young musical talent in the Toledo area, proceeds from the Glass City Jazz Fest’s beverage tent will help fund the Great Lakes Jazz Society Scholarship, which purchases music instruments and lessons for children (K-12).

Larry Fuller is a native Toledoan now living in New York. He is an internationally acclaimed jazz pianist, jazz leader, composer and is known to "swing like a beast!" He now leads the Larry Fuller Trio and presents a rare musical program. He is praised for his emotive style, technique and versatility.

Marcus Johnson is an independent Billboard-ranked musician, NAACP Image Award nominee, owner of FLO Brands and FLO Wine, JD and MBA, philanthropist, father, friend... and so much more! His latest CS showcases his soulful interpretations of some of his favorite ballads from different parts of his life.

To date, Marcus has released more than fifteen Billboard charted CDs, and has the distinction of having his groundbreaking 2008 Billboard Top 20 Contemporary Jazz FLO (For the Love Of) Anthology, which consisted of three distinct CDs -- FLO Chill, FLO Romance and FLO Standards - all chart Top 10 on Billboard Contemporary Jazz Charts simultaneously.

Lindsey Webster is an American jazz, R&B, and pop singer. Her first single, "Fool Me Once", reached number one on the Smooth Jazz chart at Billboard magazine (2016), making her the first vocalist since Sade's 2010 "Soldier of Love" to have a #1 vocally-driven song in the primarily instrumental format.

“I am an artist…period,” declares Lindsey Webster. “I have influences from many musical genres and have been influenced by them from a young age. I believe in the power of music to empower and reach people on multiple levels.” The stunning, charismatic and amiable Lindsey Webster’s roots span the worlds of R&B, Pop, Rock, Jazz and beyond. Her flawless range has been compared to Mariah Carey, Whitney Houston and Minnie Ripperton, while her breezy and poetic songwriting is reminiscent of Sade. Soultracks says, "If Carole King and Sade had a kid, she would be Lindsey Webster” while Popmatters touts Webster’s work as  “Classy, consistent, and exceptional.” Webster’s refreshing approach has garnered two Billboard #1’s and seven Top 10’s on the Billboard Contemporary Jazz Chart, making her the first vocalist in the format to garner a #1 since the iconic Sade.