The Mighty Maumee is the place to be for the best fishing around! 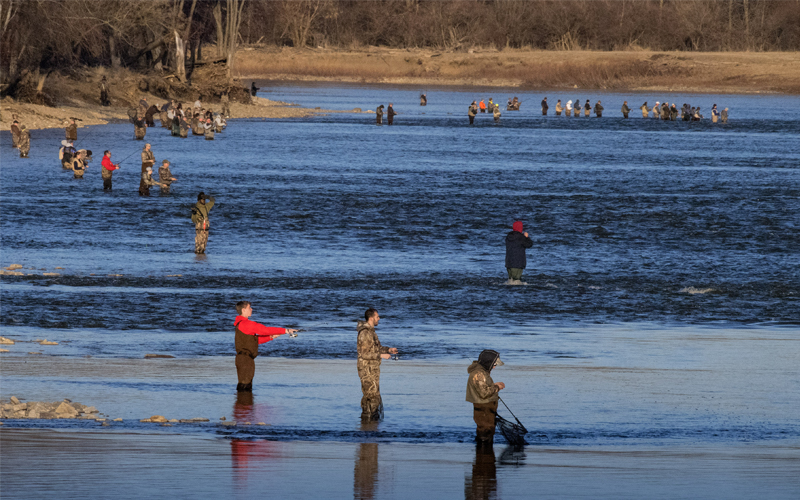 Why in the world would hundreds of men and women stand current of the bone-chilling water of the Maumee River every spring? To go fishing, of course! When the weather starts to thaw out, people start fishing for one of Lake Erie and its surrounding tributaries’ most famous game fish – old mooneyes, the walleye.

Every year in early March, after the ice clears from the river, fishermen shake cabin fever by wading the Maumee River in search of a prized walleye. The fishing really heats up around mid-April when the water temperature hits 42 to 54 degrees, triggering the walleye into spawning mode. 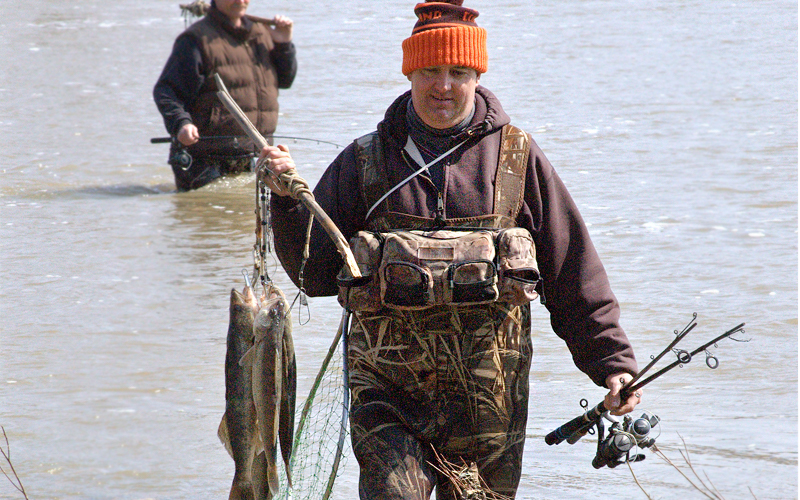 The Maumee River is home to the largest population of migrating walleye east of the Mississippi River with populations of the fish migrating from Lake St. Clair and the western basin of Lake Erie.

The best place to hook-up with a walleye during the spawn is in rocky rapids, along the face of a dam or channel structure, stone reefs, gravel bars and rubble piles. In the Maumee, the highest concentration of fishermen usually occurs from the Conant Street Bridge to just west of Blue Grass Island in Side Cut Metropark. It is such a popular destination, it can be hard to find a place to park during the peak of spawning season.

The walleye, also called walleyed pike and pike-perch, is the largest member of the perch family and is revered for its flavor and its size. It is not uncommon to catch a walleye over five pounds. 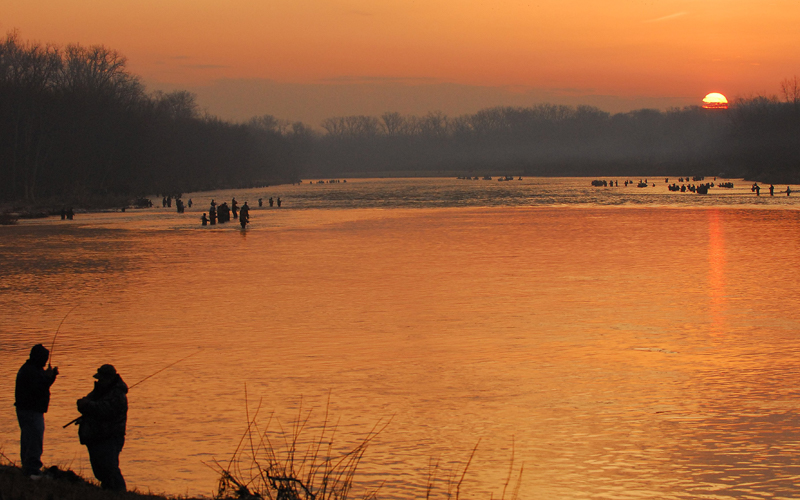 Head over to Maumee Tackle Fishing Outfitters, just a few minutes’ drive from Side Cut Metropark, to stock up on all your fishing gear including reels, rods, lures, live bait, waders and just about anything you would need to catch your limit. Of course, Maumee Tackle sells Ohio Fishing Licenses for you convenience!

For more information on walleye fishing in Toledo, visit: