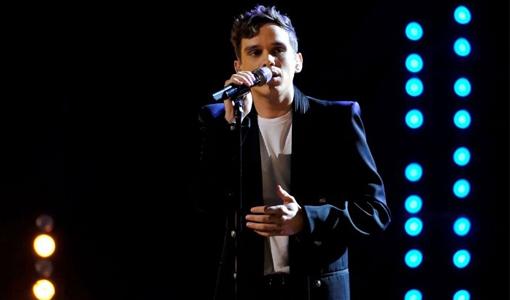 Head to the Toledo Museum of Art to see Max Boyle with Kyndal Inskeep perform!

Max Boyle
Growing up, Max kept his love of music to himself, not singing in public until he joined Toledo Central Catholic’s gospel choir his senior year of high school.  Through this, he discovered his passion for performing and started focusing on developing his raw talent through vocal lessons, guitar lessons, and writing songs every day.

Max released his first singles in 2017, “Save Me” and “College Party Anthem”.  In the following year, he made a splash in the industry with his debut EP, “Something to Hold,” garnering over half a million streams to date.  His most recent release in 2019, “Always,” has continued the trend on every major streaming platform, reaching over 100,000 total streams so far.

Max has performed around the country, including Chicago, Atlanta, Nashville, Los Angeles. Recently, Max made it to the Top 13 on NBC’s The Voice, which provided him the opportunity to work with John Legend, Kelly Clarkson, Usher, and Taylor Swift.  His dream is to leave a lasting legacy on the music world.

Kyndal Inskeep
Kyndal is continually guided by her passion for people and music. She grew up in Indiana and believes every human being has a light to shine. Kyndal has always had a love for music and taught herself how to play the guitar and piano. She has collaborated and individually written hundreds of songs since she began her music journey at 8 years old. Her optimism and love for life are contagious and through her love for people and music she believes she can encourage others to conquer their life’s challenges, one song at a time.

She attended Belmont University in Nashville, TN and after a short time; Kyndal’s heart led her to Los Angeles to pursue her singer songwriter career. After a few years, she realized her heart and music belonged in Nashville where she resides now. In 2019, she was afforded an opportunity to share her love of music with American on Season 17 of The Voice where she made it to the Top 20 on Gwen Stefanie’s team. The experience was amazing and has opened many doors! Kyndal has an intense release schedule for 2020 with her new original “Letter” being released 01/10/2020 with many releases to quickly follow. She is excited to continue expressing her love for people and music by writing, recording and performing her originals at many venues in Nashville and surrounding areas.

Sponsored by ProMedica and the Toledo Museum of Art.