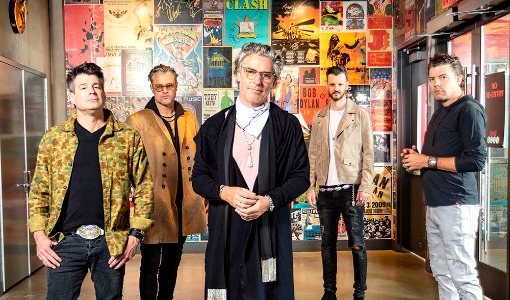 These five fiery Georgia-bred rockers are only just getting started with the next phase of a thriving career that has seen them move millions of records and wow multitudes of fans across the globe. The Atlanta based rock band released their tenth studio album, Blood, on June 21, 2019. And it climbed the charts. The album peaked at No. 4 on the Billboard Top Independent Albums Chart. Collective Soul is promising an invigorating live set with a mix of their classic hits and are also eager to share their new music as well. Collective Soul continues to rock quite simply for the love of music. The band that helped sonically define alternative rock is more focused and energized than ever. Band leader Ed Roland’s sacred promise to everyone who attends a Collective Soul show: “We’re going at it hard, everyone! We’re going hard.”

This is a cashless event.