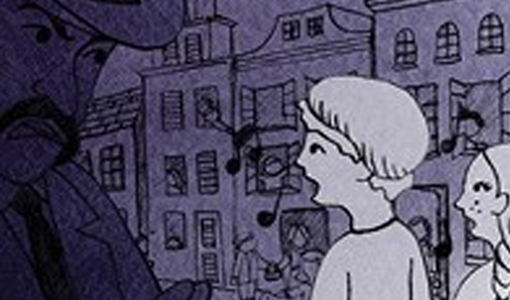 Head to the Toledo Museum of Art to see Brundibár!

Brundibár tells the story of siblings Aninka and Pepíček who must travel to the market to fetch milk for their dying mother. When a greedy street musician named Brundibár tries to chase them away, a trio of animals—a dog, cat, and sparrow—come to the rescue!

In commemoration of the 75th anniversary of the end of World War II, witness this beacon of hope born from within the walls of a concentration camp during the Holocaust.

Written by Hans Krása and performed 55 times by the children of Theresienstadt concentration camp, Brundibár inspires both horror and wonder to this day. Two weeks after the Nazis filmed the production for their own propaganda, Krása and almost all of the children who performed in the opera were deported to Auschwitz where they perished.

Tickets to the entire evening are $20. A portion of the proceeds from the evening performance will go to support The Ruth Fajerman Markowicz Holocaust Resource Center.