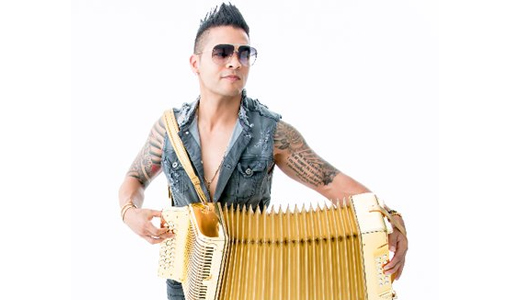 VIP General Admission is in front of the stage standing room with limited bistro tables.

Regular General Admission located behind VIP with standing room, bistro tables and round tables with chairs.

AJ Castillo is a Latin artist known for his unique accordion sound and style, his energetic LIVE performances, and his extraordinary custom accordions. Having lent his musical talent to many artists through countless studio recordings and performances, in late 2008 he felt it was time to step to the front of the stage and introduced a fresh new sound that expands the boundaries of accordion music. From the release of his debut CD in 2009 to his CD in 2014 (Sin Límites) that debuted on Billboard at #15 on the Latin Pop Albums chart (07.26.2014) to his most recent release in 2017, AJ is becoming a well-known accordionist, singer, song writer, performer, and producer.